PLAYERS GUILD OF LEONIA
HISTORY
Founded in 1919, the Players Guild of Leonia is a non-profit, resident acting company at the Civil War Drill Hall Theater (built in 1859).  We are New Jersey's oldest continuing community theater group (since 1919), and we are just five minutes from the George Washington Bridge and a short bus ride from Manhattan.

Our historic Civil War Drill Hall Theater is located at 130 Grand Avenue in Leonia, surrounded by the towns of Englewood, Fort Lee, Palisades Park and Teaneck, New Jersey.
​
'Athens of the East': Leonia was once a community teeming with artists
by David M. Zimmer for NorthJersey.com
To understand Leonia's cultural history, consider the oversized north-facing windows found in local Dutch farmhouses.

Beyond them once sat dozens of artists who descended on Leonia starting in the late 1800s. Then a backwater, Leonia offered artists refuge, inspiration and old farmhouses with northern exposures that provided the indirect sunlight coveted by painters for its cool consistency and absence of glare. 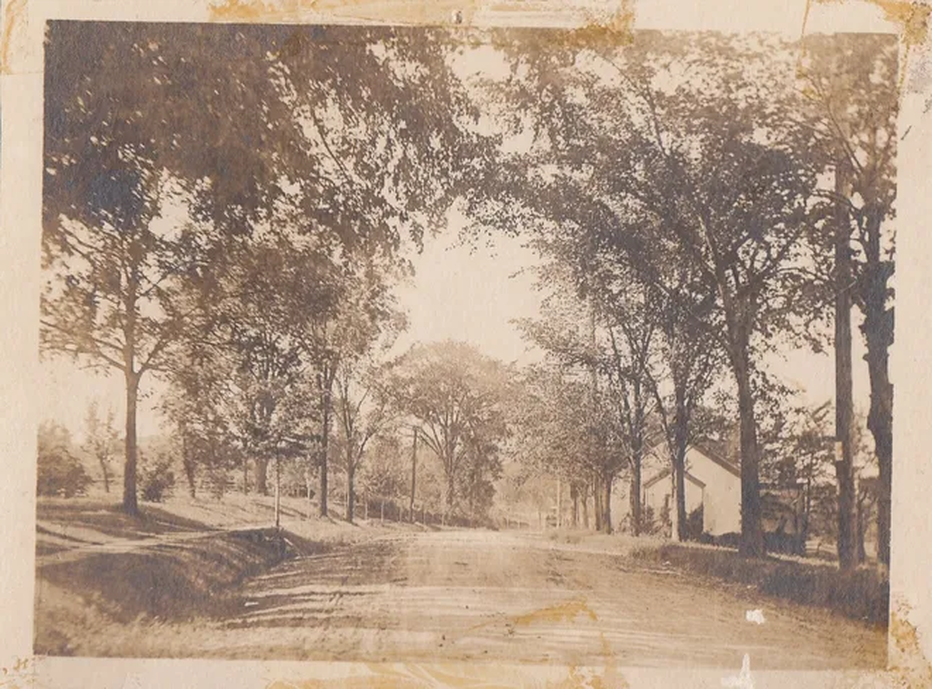 A photo of Leonia's Grand Avenue from 1911 shows the town's historic Civil War Drill Hall, where locals founded an actors' guild in 1919." Courtesy of Leonia Public Library
Leonia art colony was fully integrated into the greater community. On weekends, artists would welcome their neighbors in for "studio tours," art lessons and occasional spot sales. On weekdays, the artists would frequent local businesses and involve themselves in community politics.
​
Peter Newell, one of two artists who would establish the Leonia colony's foundation, served as chairman of the town's Board of Health. Nationally known for his illustrations in Harper's Magazine, Newell was similar to many of his fellow Leonia-based artists and their neighbors. He was a modern professional, rather than an eccentric recluse in a paint-spattered smock. 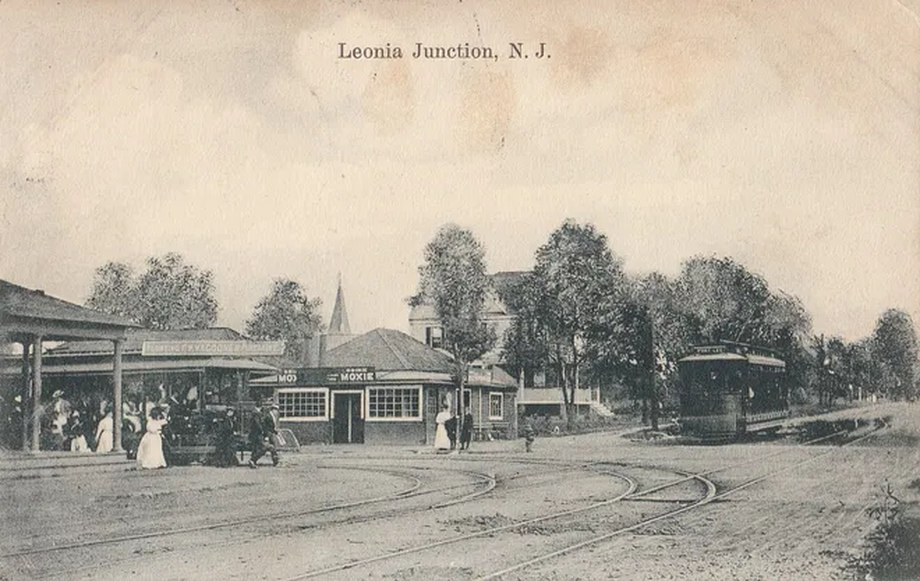 A postcard shows a trolley from Englewood arriving at the former Leonia trolley station at Hillside and Broad avenues circa 1909. The trolleys came to Leonia in 1896, spurring the relocation of the town center from Grand Avenue and lower Fort Lee Road. ​Courtesy of Leonia Public Library
Newell and Ilana Rado West, the second of the two original colony artists, welcomed extended family and friends to Leonia. West rented out her home's north-facing rooms as artists' studios when the family needed money. Other artists likewise converted empty barns and carriage houses to studios. Lessons were taught under Palladian windows in old Dutch farmhouses. Jobs were sourced and shared.

"Most of these artists took on students to pay the bills," Mattingly said. "People became professional artists because they were born in the town."

At the outset, the colony proved alluring to artists seeking to move from easel art into commercial realms. Officials at New York City universities, publishing houses and corporations were likewise attracted by the colony's reputation.
Long before it attracted Nobel Prize winners including Enrico Fermi and Willard Libby, Leonia had been dubbed the "Athens of the East." That 1890s marketing campaign of the Leonia Heights Land Company sought to lure professors at Columbia University and other high-culture academics to the town. Between 1900 and 1930, Leonia's population increased sixfold, from 800 to 5,350 people. The vast majority were college-educated.
​
For their part, Newell, West and others helped form a web of informal mentorships among Leonia's potters, lithographers and illustrators, Mattingly said.
Many of the early members of the colony came from the Midwest: Nebraska, Iowa and South Dakota. "Museums there are filled with Leonia stuff," Mattingly said. "It's not small-time people."

The colony reached its peak of more than 90 artists following World War I and the arrival of Harvey Dunn at his new home at Grand Avenue and Christie Street. Dunn, a South Dakotan whose illustrations were often featured in Collier's Weekly, Scribner's Magazine and The Saturday Evening Post, was the Norman Rockwell of New Jersey, Mattingly said. 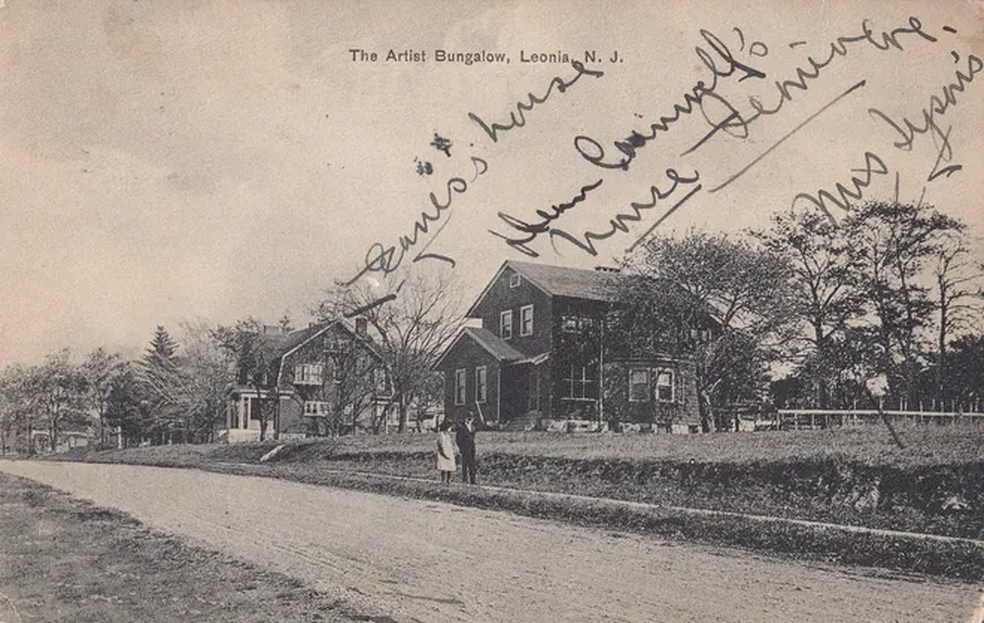 A circa 1915 postcard labels the foreground home "the Artist Bungalow." The postcard's writer identifies that house as home to artist Alma Connell, stating it is "an ideal spot for artists." Courtesy of Leonia Public Library
"He was the man," Mattingly added. "He was actually better known than Norman Rockwell before Norman Rockwell became Norman Rockwell."
​
A student of legendary American illustrator Howard Pyle, Dunn teamed with artist Charles Chapman of Sylvan Avenue to open the Leonia School of Illustration in the summer of 1914. The school welcomed a flood of new talent. Many were artists from the Art Students League in Manhattan, where Dunn "taught," though he famously said, "Art cannot be taught, any more than life can be taught." 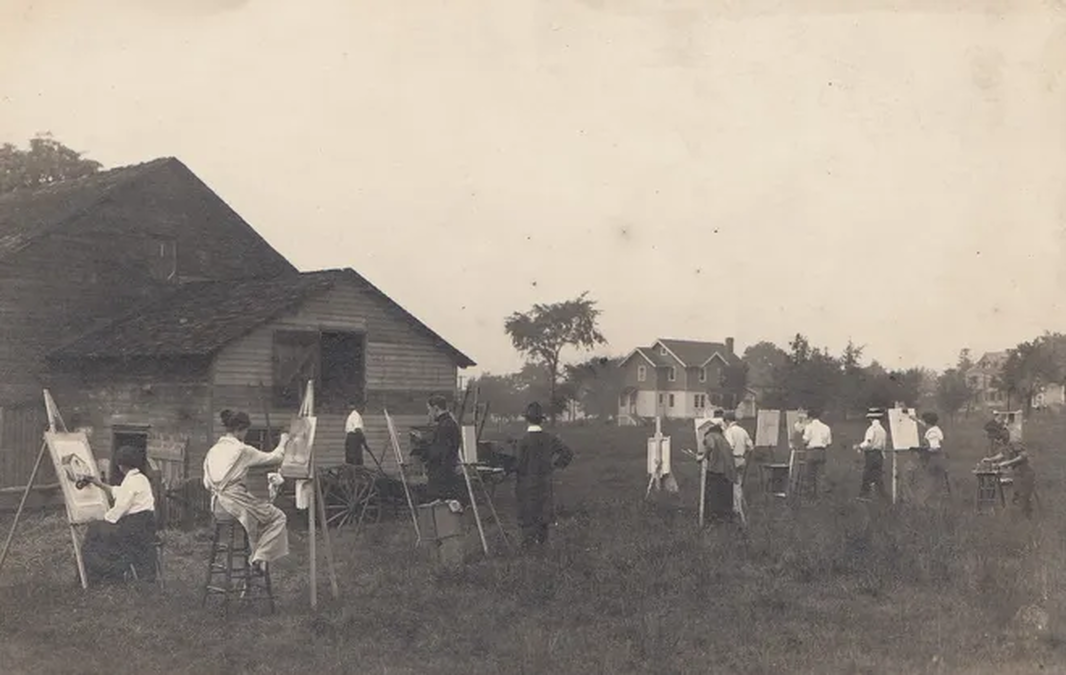 One common scene from the art colony in Leonia was artists painting at their easels. This photo dates to about 1915, around the time the Charles Chapman, Harvey Dunn and Frank Street founded the Leonia School of illustration. Courtesy of Leonia Public Library.
A creative spirit consumed the town. In 1919, the Players Guild of Leonia set up in the town's Civil War Drill Hall. The guild is the oldest community theater group in New Jersey. "It was a country town coming together around the art," Mattingly said.
​
Though artists and the colony's history remained part of the community fabric after World War II, the colony itself had disintegrated. Leonia residents' interest in  and the fine arts nonetheless permeates the town today, Mattingly said still a place that attracts artists.